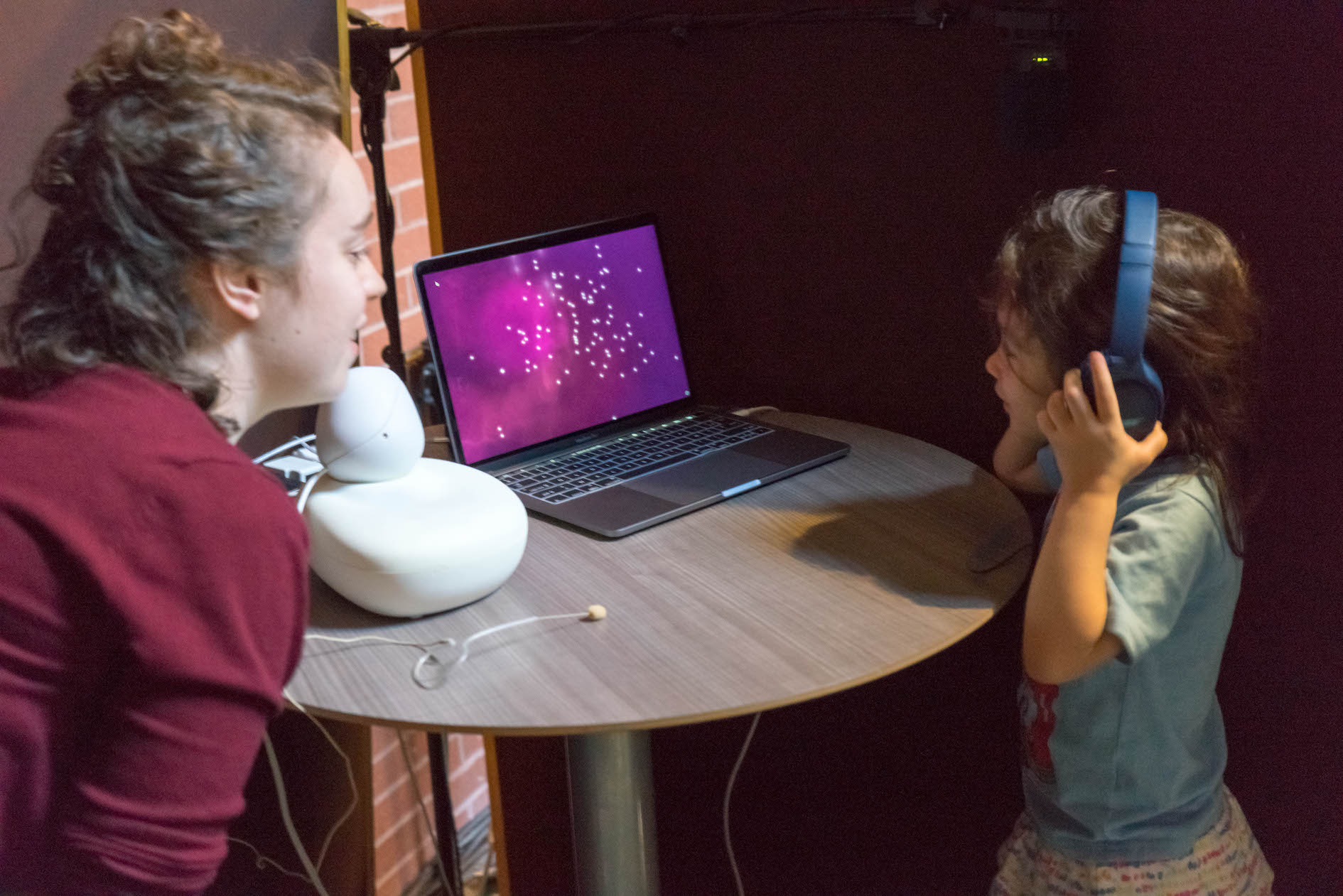 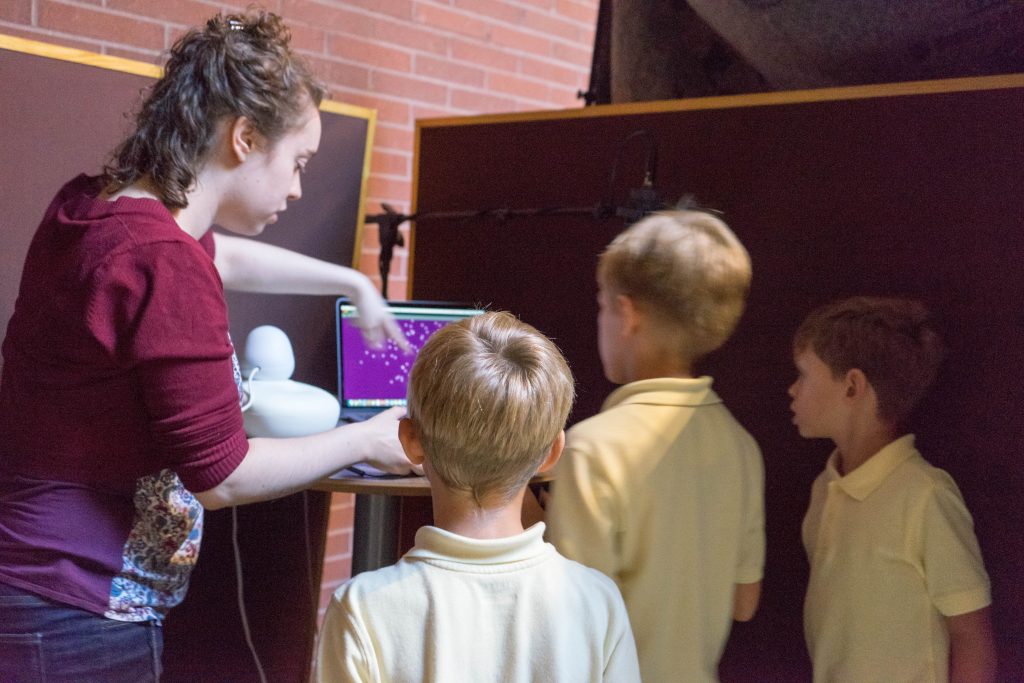 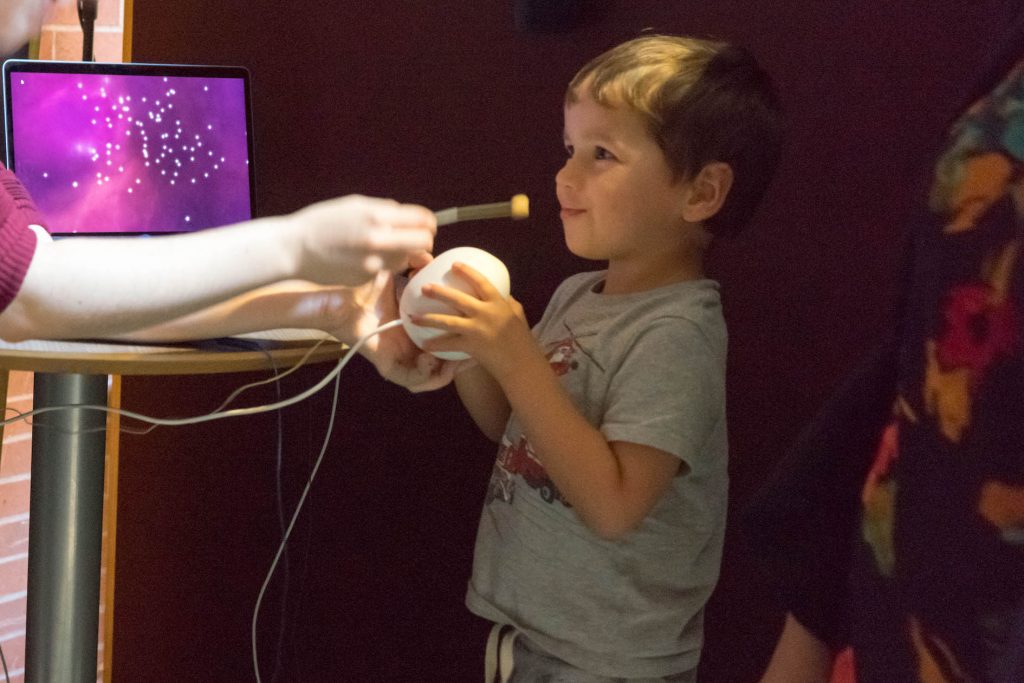 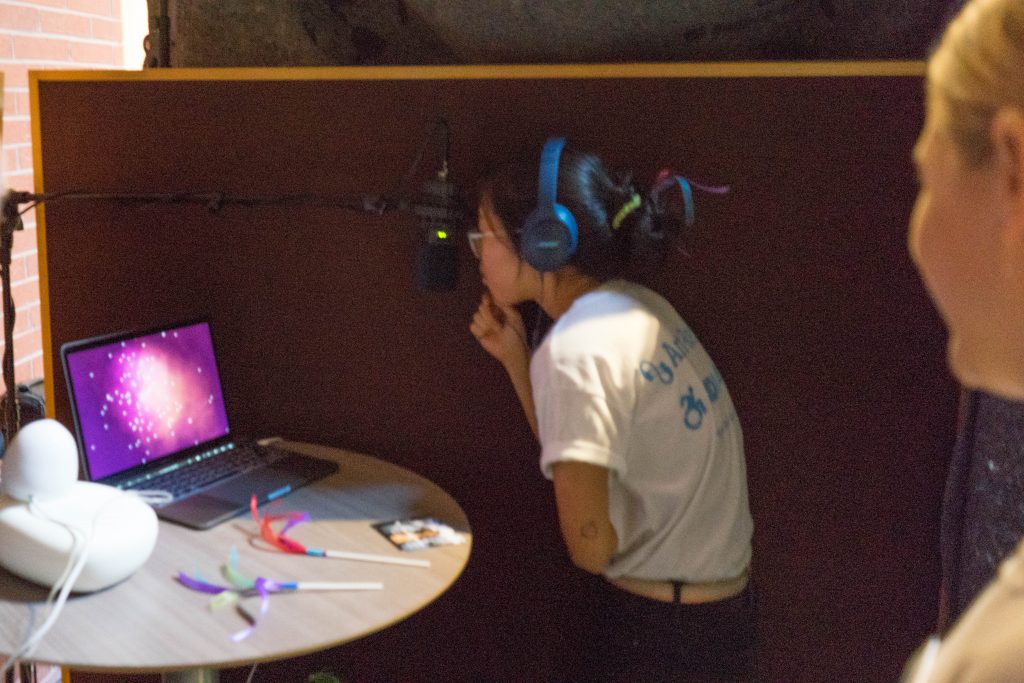 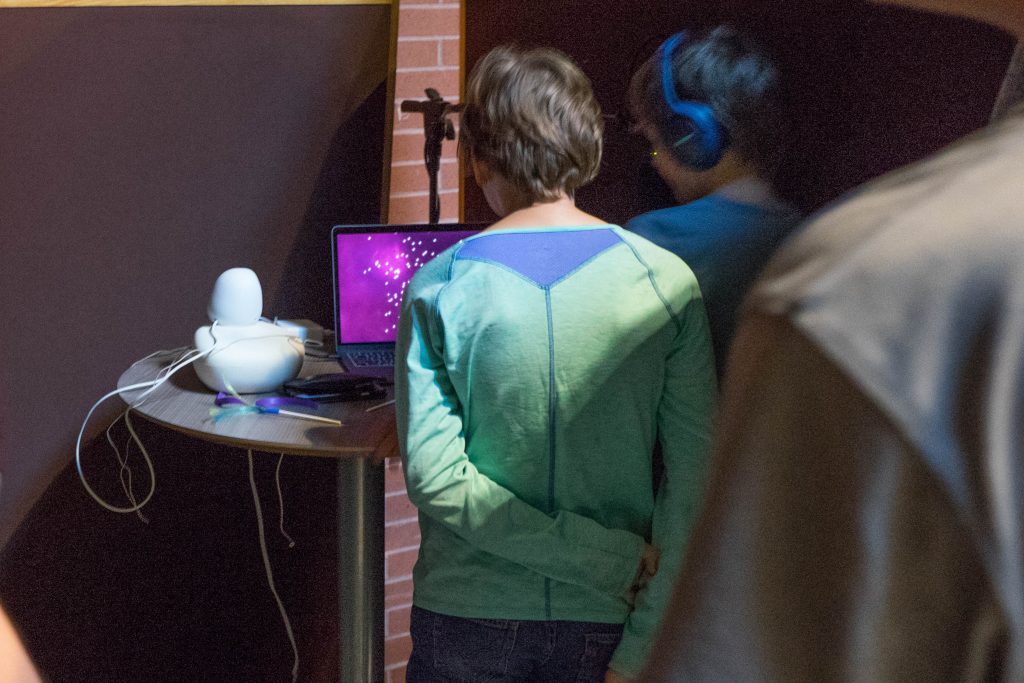 Nebula is a voice-controlled interactive software app that allow users to conduct a choir of diverse vocal sounds by using only their voice as input. The system is based on the Constellation project by Akito van Troyer that takes sonic material and organizes it visually to let anyone compose creative soundscapes. Nebula uses hundreds of vocal samples that are represented as individual stars and organized by perceptual and spectral audio features. The samples are activated when the user sings or produces any sound with their voice. The voice is analyzed in real time, and this analysis is used to trigger and mix a cascade of sounds with similar features. The voice becomes a conductor’s baton that creates a dialogue without words between the individual and the community. Once a participant uses Nebula, their own voice, first used as a controller, is then transformed into a new sample adding an additional star to the experience for all subsequent participants. The result – a final cosmos of voices – provides material used by composer Tod Machover for the Philadelphia Voices City Symphony.