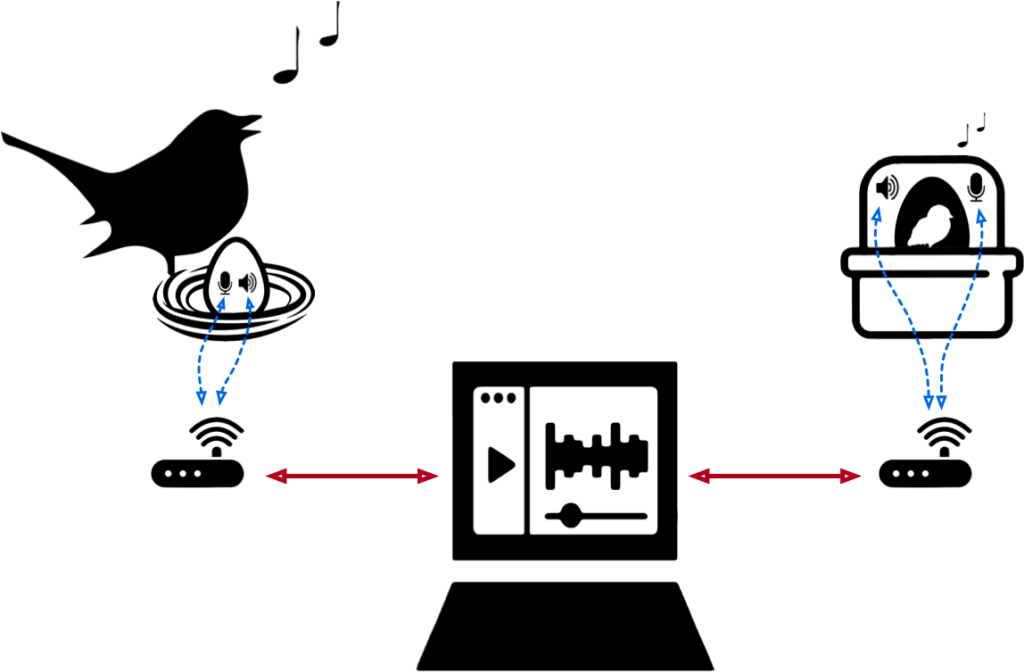 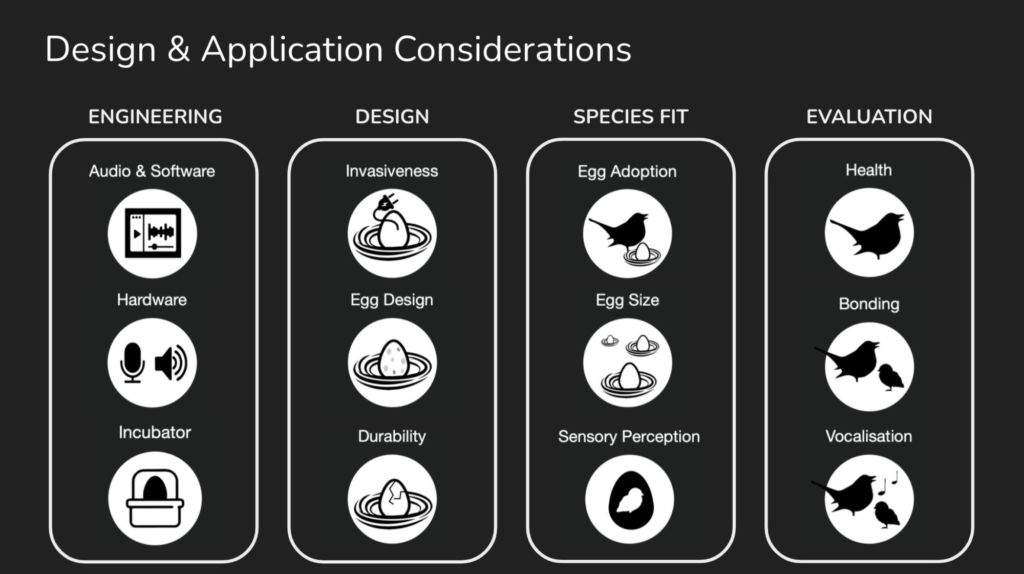 It is common practice for zoos and bird conservationists to incubate bird eggs in artificial incubators to maximize hatching rates. However, some species exhibit important prenatal vocal interaction while within the egg. Indeed, parent birds often produce vocalisations directed to their eggs and in some species, chicks produce calls from within the egg a few days before hatching.

Standard artificial incubation techniques deprive embryonic chicks of integral parent-offspring vocal communications during early development. We propose supplementing existing egg incubation techniques with a two-way, real-time audio system to allow parent birds and unhatched eggs to communicate with each other remotely in real-time during incubation. To achieve this, we designed a framework and approach called TamagoPhone where the real egg removed from the nest is replaced by an augmented “dummy” egg, embedding a microphone and speaker, which is then cared for by the parent. The artificial incubator is also augmented with microphones and speakers, in addition to the traditional temperature, humidity, and motion control systems. Both sides, parent and egg, are connected by a two-way audio streaming platform, with the audio components inconspicuously integrated.